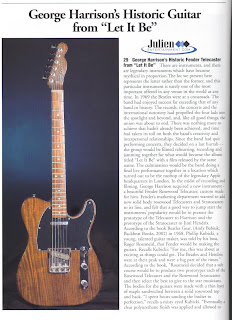 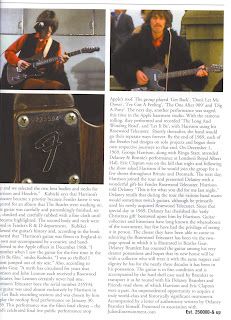 From the auction
The above description is something I found after the Blog on George Harrison's guitar had already been posted. I could have added this to the original but I also have some interesting things I found on the Billy Byrd and Johnny Cash guitar Blogs.
After I wiped my hands clean of the deal with Delaney Bramlett, Route 66 Guitar proprietor, Scott Jennings offered to take over and made me a generous offer for relinquishing any and all rights I had (or thought I had) to the sale of this and any of Delaney's other guitars. I declined to attend the auction and I'm not even sure if this is the one the guitar sold through. My deal for auctioning the instrument was with another well known company who promised the sun and moon but paid off with a cloudy day.
Scott has been the custodian of very many celebrity owned instruments and I just want to be clear that he in no way cut me short or led me astray on this project and we still remain in friendly contact, sharing war stories about what some people think is an easy living. Be that a﻿s it may, the documentation shown here is interesting and accurate for those of us who enjoy this kind of history.
*                              *                               *
The June Carter Cash guitar I posted about was, as I mentioned, in Rose Guitars, located in Hendersonville, Tennessee, the town I graciously shared with Johnny Cash at the time, just north of Nashville. Below is a picture of Jonathan Rose and his wife, Angela shortly before the store closed. 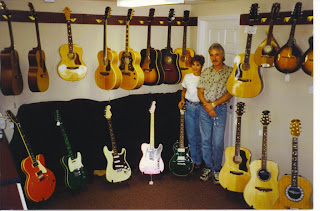 As I mentioned, I stumbled across what I thought was Maybelle Carter's "Wildwood Flower" guitar. As you can see from the headstock on this Gibson L-5, there is a pretty obvious reason. 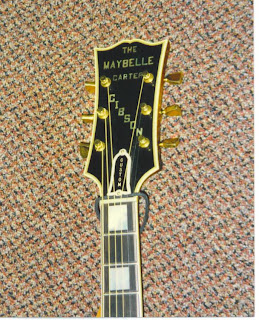 Gibson was no doubt very pleased to have the Carter/Cash family representing one of their guitars and as a result, made the headstock in a unique pattern, quite obviously different than any other. I also mentioned that the strap was a good indicator for exactly who the guitar belonged to. The picture below shows this as well. 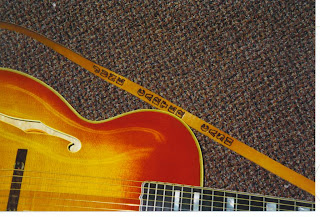 The guitar I originally thought﻿ I had come across was Mother Maybelles Gibson, now in the safe keeping of the Country Music Hall of Fame. Below is a picture of this guitar in their vault. 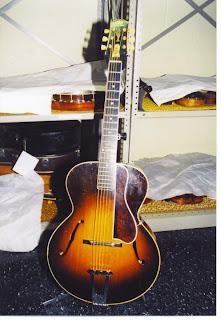 An entirely different issue is the Aria Pro II that Tommy Cash was given by his brother, Johnny. Below are a few photos of Tommy in my office in Hendersonville at Melody Guitars, a shop one of Jonathan Rose's builders started after Rose went out of business. The owner, Jeff Binion built handmade instruments on-site and we shared the location; me to do my writing, buying and selling from just a block down Main Street from where Rose Guitars was located. 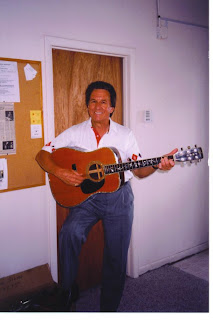 Here too are some more detailed pictures of the beautiful rosewood back and sides as well as the fine carving work done by a friend of Johnny Cash's, the brother of Arthur "Big Boy" Crudup. Johnny himself added the American flag to the back of the guitar, ever the Patriot. 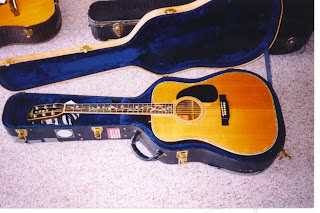 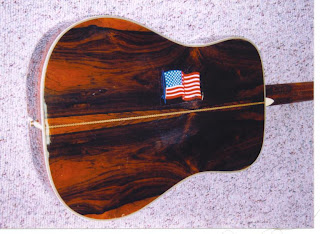 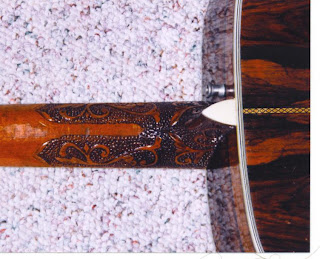 A certificate of Authenticity, signed by both Tommy and Johnny was also offered with the guitar, something every celebrity owned instrument I consigned required, by my own standards. 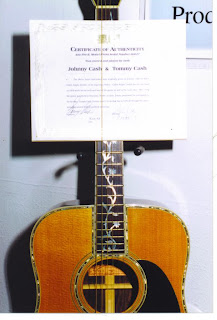 Finally, I wanted to add a couple pictures I took at the Johnny Cash Museum, a little further yet down Hendersonville's Main Street, near the entrance to the Cash home. 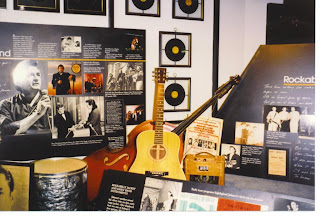 Along with all of his rewards an accolades, there were several guitars, amps and other musical instruments. 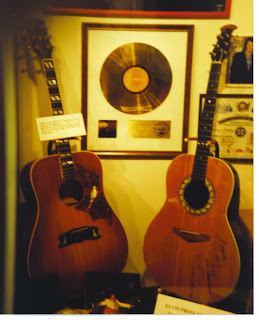 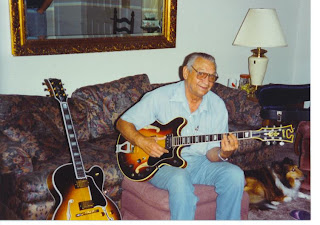 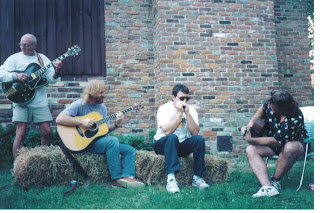